The Archbishop of Canterbury and Guvna B visit Christ's College

So what does the Head of the Church of England, and 85 million Anglican Christians across the world, and a successful rap artist from London have in common? On the evening of Sunday 26th September 2021, we found out, when the Archbishop of Canterbury visited Guildford Diocese Christ’s College hosted the key youth event.

Archbishop Justin Welby shared the stage with Guvna B (aka Isaac Borquaye) who began by performing several of his songs including These Are The Days and Nothing But The Blood. Having been warned that Guildford ‘had no rhythm’, all present were keen to show this was not true, including some unnamed staff!

The evening was hosted by Judah Harrison, youth pastor from Egham. Archbishop Justin began by explaining the key issues he had come across as he toured Guildford - the questions of identity (who am I?) and suffering. Judah fielded questions texted in by the audience to Guvna B and Archbishop Justin, which they answered with honesty and simplicity. The topics discussed covered a huge range from the colour of their socks to why can’t a same-sex couple be married in a Church of England church and how do science and religion relate.

When talking about why there is suffering in the world, they both talked personally of their losses; Guvna B of his father’s recent death and the Archbishop of the loss of his baby daughter.  Amongst other painful issues in their lives, both were deeply affected by these experiences,  which threw them onto God. They discovered that you had to be totally honest with God about your feelings even, and especially, when you are angry with him.  Guvna B talked of discovering that the Bible was a book of love, not a book of rules.

At the heart of their discussion was an openness that they didn’t have all the answers but they trusted in God whatever life throws at them. As things drew to a close, Guvna B sang Cast Your Cares On Him giving everyone a moment to hand all they were carrying to God and the Archbishop closed in prayer.

As people poured out of the Sports Hall, there was a buzz as the young people continued discussing what had been shared. It looks like these Big Questions are set to continue but perhaps with less high quality music!

Written by Peter Coates
Back to News ListPreviousNext 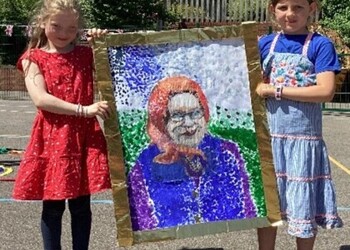 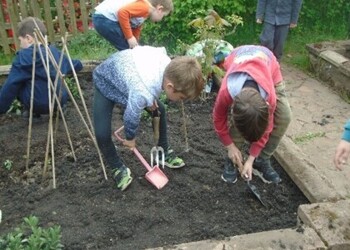 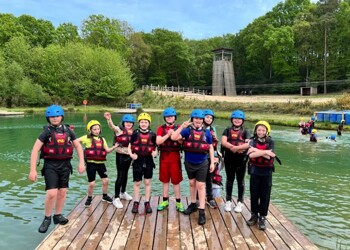 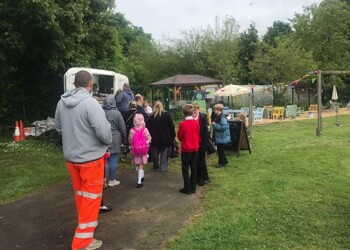